The History of JFS

From 1977 to 1982, several dedicated volunteers pioneered the establishment of a Jewish counseling agency for Somerset County. 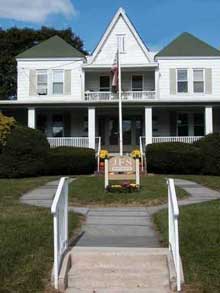 In October 1978, the founders voted to establish an agency separate from the Jewish Federation and JFS subsequently opened its doors on May 6, 1980. Ken Segal graciously donated a vacant office at 18 Hamilton Street in Bound Brook and that location became the first official home of JFS.

Ann Schulman, the first director, was hired on a two–day per week basis. Her responsibilities were to develop a caseload, administer the agency, provide counseling, and promote JFS throughout the county. Quite a job for two days a week!

As JFS continued to grow over the early years, more space was urgently needed. JFS moved from 18 Hamilton Street to a larger office in Bound Brook. After an extensive search, a Board committee recommended the renting of a beautiful home at 150 W. High Street in Somerville, which has been occupied by JFS since October 1, 1985. 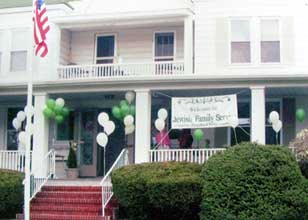 In the late 1990’s, under the able leadership of Jerry Zweig and Linda Jerrow, JFS began a building fund campaign for acquiring, expanding, and renovating the building. A matching gift campaign was established which raised the money needed to purchase the building. In May 2000, the dream of owning our own facility came to fruition and the task of expanding and renovating began.

Over the past forty years, JFS has continued to grow, expanding services and programs to the community. In the 1980's, JFS became a non-sectarian agency and began to receive financial support not only from the Jewish Federation, but from Somerset County United Way, Hunterdon County United Way and the County of Somerset as well as several grants from the federal government along with an increasing amount of support from the community.

This is excerpted from A Brief History of Jewish Family Services of Somerset, Hunterdon, and Warren Counties by Betty Roswell.

A more detailed history is available at the JFS office.

See more About Us